This website is an ongoing project to bring the writings of Olympe de Gouges to an English speaking world. All translations are of original source material and more will be added over time. The plan is to carry on translating as many of de Gouges's works into English as possible. It is an open resource for all those people who wish to read de Gouges's texts but lack the French proficiency to do so. I am happy for anyone to use my translations on condition that I am credited as the translator. Any comments, queries or suggestions regarding these texts would be most welcome; I can be contacted via email.

In translating de Gouges's works I have tried to remain as faithful to the originals as I could, avoiding too many anachronistic words. 'Mores' for moeurs is a good example, it probably only entered the English lexicon in the late 19th century so I have sought other expressions. For patrie I chose to use 'motherland' to reflect the gender ambivalence of patrie in French which is a feminine noun with male overtones, but also to avoid the 20th century political connotations of 'fatherland' or 'homeland'. 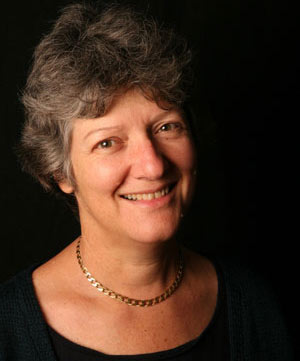 Because it is impossible in English to distinguish between vous and tu I have inserted footnotes where I consdired it appropriate. Tu was made obligatory for those in office from 8 November 1793 (a few days after de Gouges's death) although amongst some it had become a common (and politically charged) form of address; the use of vous returned after the fall of Robespierre in July 1794. A sign of familiarity or vulgarity it would have been an unthinkable form of address for members of the royal family or others in power. De Gouges's use of it is interesting as it charts both the changes in general usage and in her own style, at times familiar as with a child, or angry, conciliatory or challenging.

All ellipses not in square brackets are in the original texts and indicate a pause and not missing words. All pamphlet or book titles within a text are in italics to avoid confusion although generally they are not italicised in the originals. Capital letters are randomly applied to proper nouns in the original texts; my aim is to stay faithful to these although some may be contemporary typographic errors. I have not replicated the ampersands or the long 's'. The latter has proved confusing at times in modern French versions with 'sont' and 'font' being interchanged.

Parlements were sovereign courts of law responsible for registering royal laws and edicts before the revolution of 1789, they were also courts of appeal; the term ancien régime was commonly used by 1790; 83 départements were created in 1790 loosely based on the old pattern of provinces with names based on local geographical features, there was intense rivalry between towns and cities to gain the seat of power within the new boundaries, at the height of the Empire there were 130 in total (Paris was often out of step with public opinion in the départements as de Gouges so often pointed out).

My thanks to Keith Taylor who created the original website, his infinite patience was a marvel, to Gethyn Jones who created the second version, to Olivier Blanc for his generous support, to the staff at the British Library and the Bibliothèque de Paris, to Linda Bernhardt for her excellent proofreading and to my family and friends for their enthusiasm both for this project and, more importantly, for Olympe de Gouges herself. Her voice went unheeded, her character was besmirched: I hope that these translations may help to broadcast the ideas, passion, humour, intelligence, courage and astonishing energy of this previously underrated writer whose vision is still so relevant today.