Olympe de Gouges (7 May 1748 – 3 November 1793) was one of the first women to fight for equal rights. She is best remembered for championing women's rights in her Declaration of the Rights of Woman and the Female Citizen (1791) but her profound humanism led her to strongly oppose discrimination, violence and oppression in all its forms.

Denied a place in the powerful circles of her day she found her political voice by writing an astonishing number of pamphlets and posters that she freely disseminated around Paris. Her texts chart her battles against injustice and inequality, her belief that solidarity and cooperation should predominate, her hatred of dictatorships and the corrupting influence of power, her profound pacifism, her respect for mankind, her love of nature, and, of course, her desire that women be allowed a worthwhile role in society. She pleaded against slavery and the death penalty, dreamt of a more equal society and proposed intelligent taxation plans to enable wealth to be more fairly divided. She called for a form of welfare state, trial by jury and reasonable divorce laws to protect women and children from penury. Believing in the power of drama to encourage political change she wrote several plays that ingeniously highlight contemporary concerns.

Olympe de Gouges never allowed the prejudices of her time, the disparagement of her critics or the dangers inherent in being outspoken during the Terror to silence her. For having unreservedly expressed her opinions on democracy she was considered, by those in power during the last years of the French Revolution, to be a dangerous agitator. She was guillotined in Paris on the 3rd November 1793. 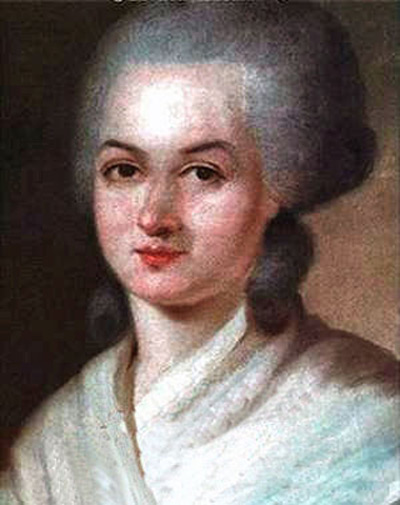